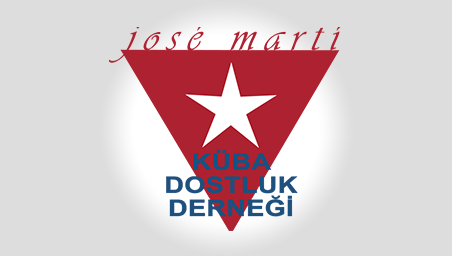 US President Donald Trump has recently announced the new Cuba policy of his government. He declared that all the steps taken during Obama era towards developing diplomatic relations and loosening the blockade would be withdrawn.

Trump made this declaration in a show he staged in Miami with the wealthy Cuban-Americans  -most ferocious enemies of Cuba, who had supported him during the presidential elections. He named several counter-revolutionary terrorists, trained and armed by the US for years and set on the Cuban people and Cuban state, as freedom fighters while he presented the socialist power of Cuba as a dictatorship that oppressed its own people.

The overtold lies on Cuba go together perfectly with Donald Trump. In this way, the essence of the US enmity towards the Cuban people, who has been fighting for their freedom and independence for many years, unequivocally unfolded.

These lies that only a handful of fools and desperate enemies of Cuba could believe fail to cover the deadlock of Cuba policy of the US dominant class. Obama decided to loosen this policy not because he is a friend of Cuba, but with the reason that this policy has failed and even has been harming US interests. Obama’s decision slightly recovered the damage given to the Cuban economy. Policy of blockade is substantially in force.

Notwithstanding, Trump’s show proved that US reactionism could not tolerate Obama’s very moderate opening towards Cuba and preferred once again to ignore a simple truth: the genocidal policy of blockade that harmed Cuban people materially and morally for many years has failed and will fail to break their resistance against US aggression. Trump’s ugly show, on the other hand, will be recalled at best as a comedy.

Cuba will continue to live and let live!