The blockade, which has been continuing for sixty years, aims to prevent Cuba from trading with third countries and accessing oil, food and medical products, which are vital for the country. Due to the blockade, which is defined by the United Nations as a crime of genocide, the Cuban national economy has suffered hundreds of billions of dollars in damage and tens of thousands of Cuban citizens, who did not have access to the necessary food, medicine and medical technology, lost their lives.

However, despite all these vile attacks and all the difficulties, socialist Cuba continues on its way with great hope, self-confidence and pride!

Putting public health above everything else, Cuba directed all its resources to vaccine development during the pandemic period and conducted five separate vaccine studies, among which three vaccines completed the necessary clinical studies and put into use. Cuba, which has the honor of being the country that has the highest rate of vaccination among its population in the world today, has thus reduced the daily life losses to single-digit numbers.

In addition, Cuba is the only country in the world that has vaccinated all its children. In this way, Cuba, which guarantees not only the health of children but also their education, enjoys the happiness of starting the new school term with joy and confidence, away from the fear of closure.

Cuba, which contributed to the fight against the pandemic by sending medical teams to dozens of countries throughout the pandemic, also promised to share the vaccine it produces with other low-income countries. Keeping its promise and signing a vaccine agreement with a new country almost every day, Cuba is proud to be hope for the people of many countries who cannot access to the vaccines on the market.

And with the confidence of having vaccinated almost all of its population, including children, Cuba is reopening its borders to tourism starting tomorrow. This development, which will offer the tourists who will visit the island the opportunity to experience the natural, historical and cultural beauties of Cuba, will also enable the Cuban economy to gain strength rapidly.

All of these gains came amid US efforts to incite rebellion and destabilize Cuba through money-fed “opponents”. The thing that defeated the plans of the USA and carried Cuba forward even in the most difficult conditions was the unity of the Cuban people, their embrace of the revolution, and their continued struggle in hope and solidarity.

Cuba continues on its way; Cuba will win!

Down with the Blockade! 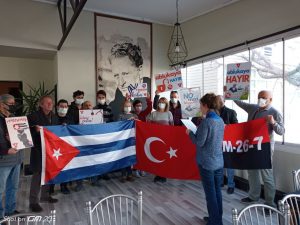 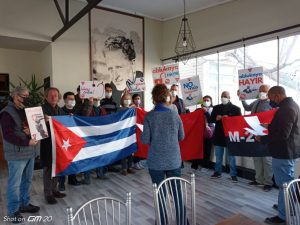 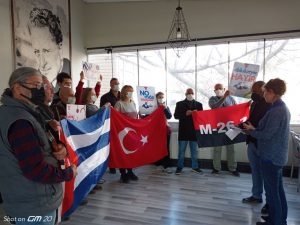